The bicycle history is relatively young but very exciting. It all began about 200 years ago when people have started to move on two wheels by using the power of their mussels. As is true with most inventions, products evolve and become better with time and technology. What was once cutting edge is now referred to as antique. Bicycles are no different.

There is a nostalgia about antique and vintage bikes that reminds people of simpler times when they got their first bicycle as kids and rode it all over town with their friends. Their love for their “antique” bikes will never go away. Here we will talk about bicycle history and some specific types of bicycles and their inventors.

The Bicycle History in Brief

The Walking Machine was a bicycle that was propelled by using your feet instead of the pedals we use today. Baron von Drais invented this antique bicycle in 1817. His idea for the Walking Machine came from a need to get around the royal gardens faster.

The Boneshaker, invented in 1866 by Pierre and Ernest Michaux, gets its name from the fact that it was entirely made of wood. It used the same-sized wheels but, unlike the Walking Machine, used pedals to speed up.

The first large front wheel bicycle was invented in 1870 and was called the High Wheel or Penny Farthing Bicycle. A unique feature of this antique bicycle, other than it had a huge front wheel compared to the back, was that it was the first metal bicycle.

The High Wheel Tricycle was made to accommodate the long skirts and corsets that were popular in ladies’ fashion at the time. It also incorporated three wheels, one in front and two larger wheels in back.

The technological advancement of using metal in bicycles led to the invention of the Hard-Tired Safety Bicycle. This antique bicycle was strong enough to accommodate a chain and sprocket and is often the bicycle seen in movies set in the ’50s.

History of Bicycles – The history of bicycles is not so long. Take a look at the major steps of the bicycle evolution. Read here about the bicycle history.

Did you know that the massive assembly lines, welding techniques and other innovations pioneered by automobile mogul Henry Ford were all techniques adopted from bicycle factories?

Henry Ford himself started out as a bicycle mechanic. In fact, it’s fair to say that without the invention and subsequent mass-production of the bicycle, the automobile industry as we know it might not even exist.

Bicycle Invention – To my opinion, the bicycle invention has been one of the greatest inventions of all time. It had a great impact on society in the mid 1800s, and it continues to impact society today.

Who Invented the Bicycle – he question of who invented the bicycle will finally be answered with a brief lesson in history.

Penny Farthing Bicycle – Basically, the Penny Farthing bicycle could be described as one having a larger wheel with the seat mounted on top of it and a smaller wheel at the back. It was named after two coins, the old British Penny and the Farthing.

Bicycle Trick Thomas Edison – You can find a nice little video of a bicycle trick that has been often mistakenly attributed to Thomas Edison himself. Read more…

Old bicycles were not only built to move efficiently between places. Actually, some of them were not so efficient and comfortable at all – have you ever tried to ride on a Penny Farthing bicycle?…

They were built for romance

In this page you will find various types of vintage and classic bicycles, mainly those that were made in the US. For more information about classic bicycles you are invited to visit the page about all major vintage bicycles brands. 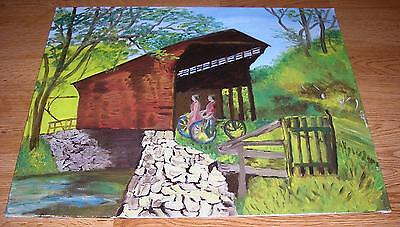 Did you know that the very first bicycle to enjoy any sort of commercial success was the velocipede invented in France in 1917?

This bicycle actually had no pedals – that’s why it was termed the “running machine”! It was only in the 1860s that a young Frenchman had the bright idea of adding pedals and a rotary crank to the velocipede, allowing for faster transportation.

The banana seat bicycle is very nostalgic for many individuals, bringing back the days of their childhood. Read more.

Custom lowrider bicycles have started their long way in the early days of the 20’th century, when classic bicycles such as the Western Flyer bicycles were first made. They are all about style and creativity: the bicycle embodies the soul of the rider and every element of the design is important. Read more.

Vintage beach cruisers are a hot commodity in the world of vintage bicycles. These bicycles are not made to handle rough terrain or racing speeds, but rather for cruising and relaxed, Read ahead about these beautiful beach cruiser bikes.

A vintage BMX bike, just like a vintage mountain bike, is a fairly new idea. Because BMX bikes are a fairly new invention, they are just becoming old enough to become vintage. Read ahead.

A vintage British bicycle is known for being classic, lightweight, and beautiful. Classic British bicycles come in a wide variety of designs, and they’re sought after by vintage bicycle collectors.

Vintage mountain bikes are a fairly new concept. Because mountain bikes haven’t been around nearly as long as regular bicycles, they are just becoming old enough to be considered ‘vintage’.

With all those aerodynamics compiled and most advanced road bikes, the vintage road bicycles have not lost their attraction in the eyes of classic bicycle riders. Read more about these great bikes.

Vintage tandem bicycles are some of the most sought after vintage bicycles on the market. These bicycles are already associated with romance and nostalgia, so finding a vintage version only makes these feelings just that much sweeter.

Recommended Books About the Bicycle History

More information about the bicycle history can be found on several informative books. Take a look: 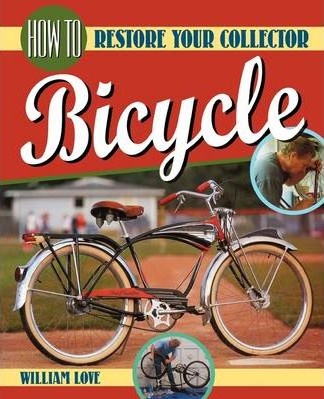