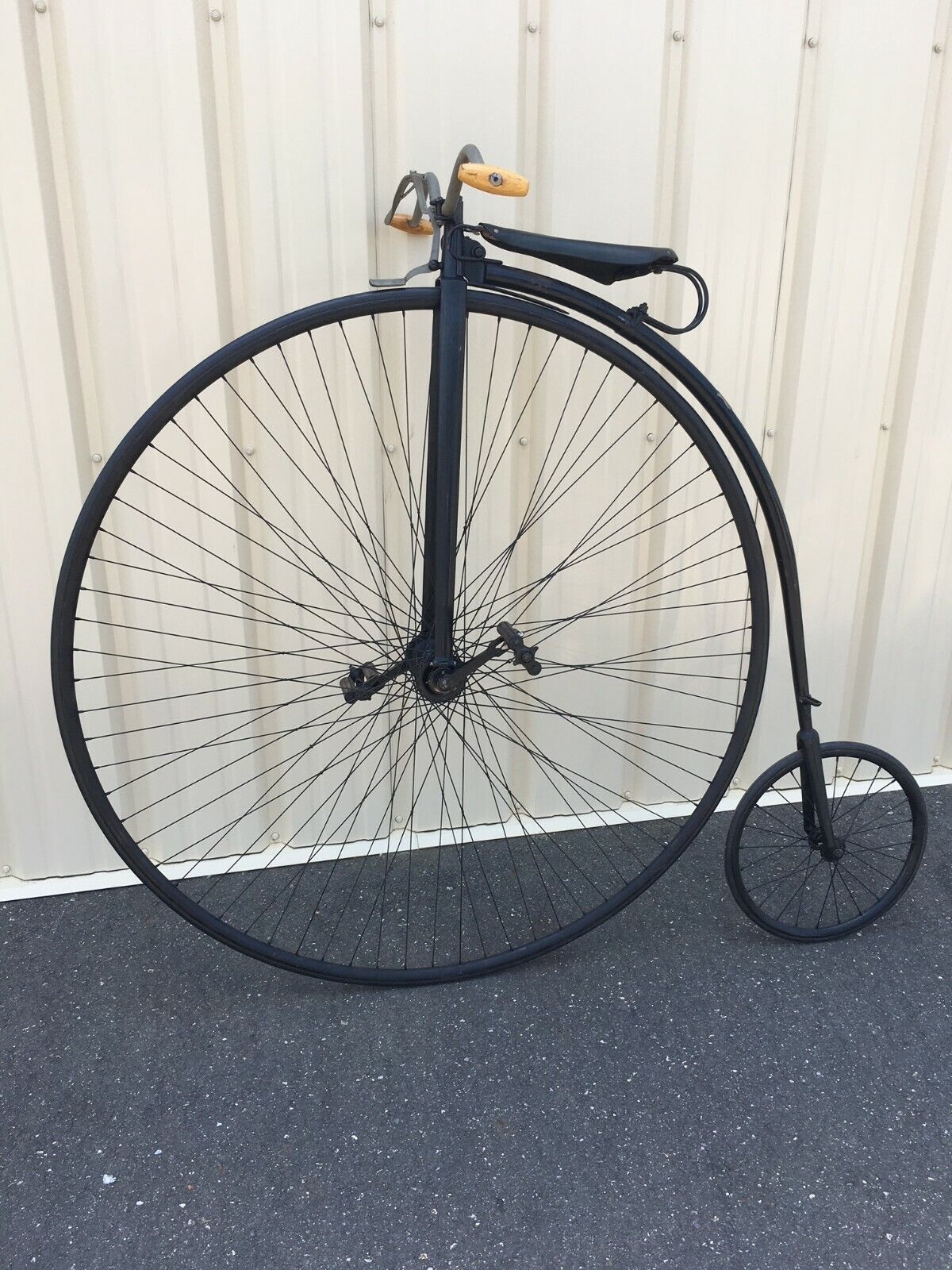 Basically, the Penny Farthing bicycle (also called “Highwheeler”) could be described as one having a larger wheel with the seat mounted on top of it and a smaller wheel at the back. It was named after two coins, the old British Penny and the Farthing (old British quarter penny): if you put a penny and a farthing (which its size is much smaller than the penny) side by side, it would resemble how the old bicycle looked like.

Did you know that despite the safety issues involved, the penny farthing was Thomas Stevens’ bicycle of choice when he cycled across the United States in 1884?

He was the first cyclist to cycle across America and his route took him from San Francisco to Boston. He must have been a very skilled rider indeed to emerge from his experience unscathed!

The main reason for having such a large wheel at the front was the fact that at that time, there was only a direct drive for bicycles, which means that the pedals were connected directly to the front wheel hub. In such a case, there is a need for a large wheel to be able to ride in hi-speed.

The Penny Farthing is considered the first most efficient bicycle at their time. They were improved later on, mainly because of some safety issues.

Read what an experienced Penny Farthing bike rider has to say about his experience:

“It’s a really difficult bike to ride. It’s high, it’s hard to get on, it’s even harder to get off, and it’s got solid robust tires, so it’s not particularly comfortable.

When you were riding it, you’re sitting just in front of the top wheel, in quite a peculiar position and it has no brakes! So, all in all, it is not the safest to ride.

You have to be quite athletic to ride it, you have to wear special cloth to ride it, and during the Victorian period, this is discriminating against women riding. Very few women ever tried to ride a penny-farthing.

The worst thing about riding one of these bikes is trying to get uphill. The pedals are fixed in this huge front wheel, and you are turning this big wheel every time you want to go uphill, and it makes it very difficult, and its bloody hard work!”

Now-a-days it is quite hard to find a penny farthing bike in riding conditions. As they are so antique you can mostly find them at museums, however, if you are lucky you can find them on eBay

In most cases, when searching for Penny Farthing bikes on online stores such as eBay

you will probably find only relates items, such as prints and sculptures. Take a look:

Take a look at this picture of my child with an image of the Penny Farthing Bicycle that was taken during our recent trip to Holland.