If you are a vintage bicycle collector, Hawthorne bicycles must be a part of your scrapbook. Take a look at some Hawthorne bikes found on eBay

The Hawthorne bikes were the classic bicycles that served baby boomers in their youth. Many of those veterans are still keeping these vintage bicycles as a memory for their good old days. 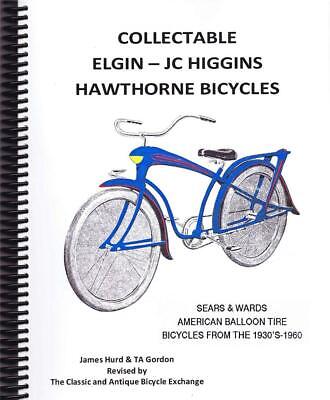 Did you know that the Hawthorne All-American bicycle, perhaps the company’s most iconic and influential product ever, was designed by Walter Dorwin Teague?

Teague was one of the greatest industrial designers in history and played a major role in the branding and promotional campaigns undertaken by companies such as Eastman Kodak and Steinway.

It’s little wonder that the Hawthorne All-American bicycle has stood the test of time and remains highly coveted today.

The Hawthorne bikes were made by CWC (Cleveland Welding Company, the maker of the Roadmaster bicycles) since 1934, and were distributed by Montgomery Ward across the country.

CWC earned a reputation of durability in the bicycle making. Like many other bicycle makers in the early 90’s, CWC underwent many ups and downs, followed by World War II, in which the normal operations of cycle making were almost seized due to the extensive use of metal in the war.

After WW II, the company revitalized its existence in the market with even more production, accompanied by a sense of style and sophistication.

The Uniqueness of Hawthorne Bicycles

The history of bicycles is full of many vintage bicycle makers, in the US and elsewhere, but Hawthorne keeps their class apart among those makers. The main reason for this was the company’s innovation.

The best example of Hawthorne’s innovative approach is its unique frames. While many other makers have made their frames from heavy and bulky steel, Hawthorne made the entry of Aluminum frame in the feminine range of their bicycles. Their main product, the Roadmaster bicycles are also a hallmark bicycles, which took a big share of the bicycle market of the ’30s. During the 1960s, Hawthorne bikes became extensively popular again.

The heavy steel bicycles were hard to operate by ladies, but with the introduction of the aluminum frames, the bicycle weight was cut to almost half.

These lightweight bicycles gained attention by ladies market due to easy handling approach. The feminine range of the bicycles also included some other modifications that also helped in grabbing attention at the market. The installation of lacing around the rear tire was another step that made these bicycles famous for girls to carry.

The vantage ladies dresses comprised of long frocks that were prone to get entangled into the rear tires. The lacing of the rear wheels restricted this problem, and women were free to ride Hawthorne bicycles without worrying about tearing their frocks.

Hawthorne made many hallmark bicycles, including the Duralium, the Juvenile, and the Hawthorne Arch Truss Frame bicycles, but Hawthorne Deluxe gets a distinguished place in Hawthorne’s hall of fame.

The Deluxe bicycles ruled the markets of America for decades. Those Hawthorne Bicycles can still be found in well-maintained conditions for a price range of $200 to $400, depending on their age and condition.