Find a Roadmaster Bicycle on eBay.com

If you’re just entering the world of vintage bicycles, or if you have been deeply entrenched in this fascinating subject for years, you have probably heard of the Roadmaster bicycle. Specific Roadmaster vintage bicycle models are trendy, as is the history of the company.

History of the Roadmaster Bicycle

Tip: Roadmaster bicycles built before the 1980s are of better quality. 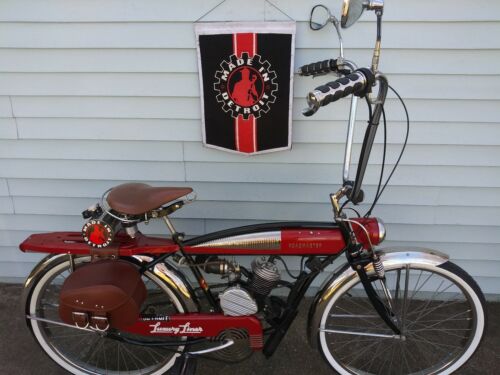 built in the pre-1980s period gained a reputation for excellence. The bicycles could easily last for decades with regular maintenance. In the 1980s, however, the company was forced to recall its products several times due to faulty bicycle parts.

If you can, buy Roadmaster bicycles made in the 1970s or earlier. They’ll cost more for sure, but they’ll work better and last longer.

Another notable Roadmaster bike is the Roadmaster Luxury Liner. The famous Brook Stevens, who also designed the Oscar Meyer Wienermobile, designed this bicycle. The Luxury Liner was a bicycle loaded with chrome fenders and trim, a headlight, rear taillights, and a “Shockmaster” springer fork.

Being the most notable bicycle made by Roadmaster, the Roadmaster Supreme is also the most difficult vintage Roadmaster to get your hands on. This bicycle is considered iconic, and many collectors love the “nostalgic value” of the Roadmaster Supreme. These bicycles even look famous to non-collectors because they are often used by Hollywood producers to depict the classic “good old days.” Depending upon the condition, these Roadmaster vintage bicycles will get anywhere from $500.00 to $1000.00. 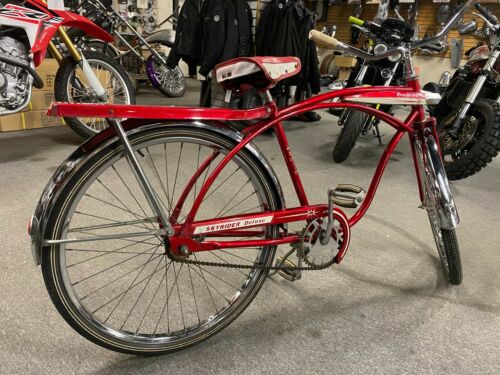 As far as vintage bicycles go, the Roadmaster Skyrider Deluxe is a relatively new bicycle. Built in the 1960’s, this bicycle missed the era of headlamps but began the era of reflectors. This bicycle had reflectors on the pedals and wheels to increase visability. These bicycles are quite common, and vintage versions can start as low as $40.00, but they have a cool, old bicycle look with a great retro feel.

Since 1936, Roadmaster Bicycles, produced under the Cleveland Welding Company, has been a giant in the world of bicycle production. As demand grew to accommodate the baby boomer generation, Roadmaster was there to meet the demand. This company produced hundreds of thousands of bicycles until 1999 when they were sold to an overseas division in Taiwan and China, where mass production of the Roadmaster bicycle continues to this day.