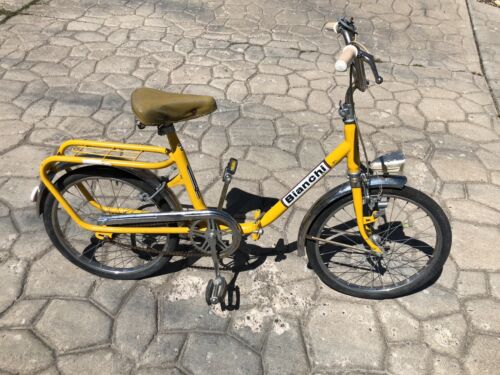 Did you know that foldable bicycles played an important role in the D-Day landings at Normandy during World War Two?

British paratroopers found them invaluable as the speed they offered gave the Allied soldiers the element of surprise. Sadly, most of those bicycles did not survive the battle, or vintage bike collectors would surely be at each other’s throats trying to buy one!

Before discussing the history of folding bicycles, it’s important to discuss what a folding bicycle is. There are several historical references to “folding” bicycles, but they were more than likely “break-away” bicycles or bicycles that separate.

To be considered a genuine folding bicycle, the bicycle frame needs to be capable of collapsing, while staying completely attached. Many historical bicycles fit this description, but it’s difficult to determine which of these bicycles came first, and who the true inventor of the foldable bicycle is.

One of the first documented folding bicycles is credited to Emmit G. Lagga, an American inventor from the late 1800s. He issued a patent in 1888, and he later sold the patent to the Pope Manufacturing Company. It is unclear whether this company ever mass-produced any of these folding bicycles because there aren’t any to be found.

The 1960s through the 1980s saw an increased interest in foldable bicycles, especially in Europe. They were popular for commuting by apartment dwellers that were short on space. Early folding bicycle producers at this time were Raleigh, Peugeot, and Bianchi.

Where to Find Vintage Folding Bicycles for Sale

There are a lot of options for purchasing vintage folding bicycles. In addition to garage sales, yard sales, swap markets, and local shops, there is a great selection of vintage folding bicycles for sale on eBay. These bicycles range in price from around $100.00 up to $1400.00. As always, price differences depend on the model, age, and condition of the bicycle.

For more options regarding vintage folding bicycles for sale check local listings, such as Craigslist, as well as vintage shops, and flea markets.

If you’re interested in vintage folding bicycles for sale, make sure you do your homework. There are a lot of makes and models out there, creating a lot more options than one would imagine. Know what you’re looking for and a fair asking price, and you’ll be armed to purchase a fantastic piece of history.